When Billionaires Lie - Reclaiming Our National Voice: By The People 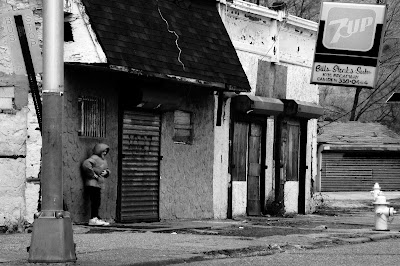 There are 77,000 residents in Camden, NJ. In 2009, more than half of them lived below the poverty level ($22,000 for a family of 4) with about 18% of these people living below 50% of the poverty level.  Children fare even worse. 75% of boys under 5-years of age that same year lived in poverty. Nearly 70% of 5-year-old girls in Camden lived in poverty in 2009 as well, suggesting that nearly 3 out of 4 kindergarten girls lived in poverty. Close to 70% of the  Camden families living in poverty were headed by a single female, with no husband present.
Camden has been dubbed the murder capital of America.  In January, 2011, nearly half of its police officers were let go. 167 police officers and 67 firefighters were laid off.  This is a city that had the highest crime rate in the US in 2008 and second highest last year. Since the layoffs in January, crime has risen in the city.

The Courier-Post of Cherry Hill and the Philadelphia Inquirer shows there have been 79 aggravated assaults with a firearm this year in Camden, up from 22 during the same period in 2010. Shootings nearly doubled, increasing from 16 to 30.

Camden is waiting on the installation of surveillance cameras that police say they will use in their attempt to curtail crime. This is a $1.8 million project that is awaiting installation.
In comparison, in 2009 in Bill Gates' hometown, Medina, Washington which boasts the third highest per capita level in the state, the town:

"installed cameras at intersections along roads entering the city; the cameras are used to capture the license plate number of every car, and a security system automatically notifies local police if the captured number is recorded in a database.[4] Travelers are notified of the presence of the system with signs that read "You Are Entering a 24 Hour Video Surveillance Area"; according to Medina's police chief, all captured information is stored for 60 days even if nothing negative is found in the database, allowing police to mine data if a crime occurs later.[4] One of the city's council members said the system was motivated by the belief that the need for crime prevention—Medina had 11 burglaries in 2008—"outweighs concern over privacy."[4]

A lot has been written about poverty and its impact on students' academic achievement. David Berliner (2009) identified six out-of-school factors (OSF) that influence student achievement. These include:


These OSFs are related to a host of poverty-induced physical, sociological, and psychological problems that children often bring to school, ranging from neurological damage and attention disorders to excessive absenteeism, linguistic underdevelopment, and oppositional behavior" (p3). 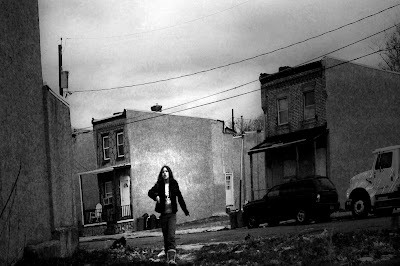 This past Sunday I went Camden to photograph.  For the last half year I  have been making images most Sundays as part of a yearlong project (A Year of Sundays). I spent about 2 hours in Camden and tried to capture some sense of the city.  The images were taken throughout the city. Perhaps the most compelling site was the cross with the words, "Heal Camden" written at its base. I find it challenging to believe that poverty, especially such abject poverty and racial isolation as is present in Camden isn't the main issue we should be addressing in this country.
Instead of this false conversation about schools, I want to suggest that we should be asking:  How is it that some in this country are billionaires while others live on less than $11,000 a year for a family of four? What conditions give rise to such extraordinary differences?  What conditions, polices, beliefs, and practices increase the economic disparities among citizens? Who benefits from shifting the national conversation from economic injustice to failing schools?
The myopic attention to public schools and "greedy" educators, by billionaires, is nothing less than an organized and well financed method to shift attention from themselves, their gains, and their interests to public school "failures," regardless of what data actually states (again see Berliner, 2009). In doing this schools then become the problem to be "solved" while economic injustices created by these same people and the system that continuously privileges them and their interests above all else remains untouched.
I found it ironic while reading Jane Mayer's article, "Covert Operations" (New Yorker, 2010) about Charles and David Koch, that their self interests were so readily seen and oddly connected to the Berliner report. Mayer writes:

The Kochs are longtime libertarians who believe in drastically lower personal and corporate taxes, minimal social services for the needy, and much less oversight of industry—especially environmental regulation. These views dovetail with the brothers’ corporate interests. In a study released this spring, the University of Massachusetts at Amherst’s Political Economy Research Institute named Koch Industries one of the top ten air polluters in the United States.

It seems ironic these billionaire industrialists who are highly critical of public schools, own a corporate interest that is one of the top ten polluters in this country. Pollution is no friend to poor children.

Common pollutants in Camden include: lead, mercury, PCB's, solvents, arsenic and petroleum products. According to Berliner (2009), cognitive and behavioral problems are associated with mercury poisoning, while neurological damage is caused by lead pollution and exposure to PCBs. In the Camden mayoral Transition Report on Family Wellness (2010) the need to address environmental issues is noted.  The report concludes:


"Most houses in Camden were built before lead was banned in 1970 and contain lead paint. Lead levels in the drinking water in many homes and in Camden’s public schools have also been found at dangerously high levels. Chipping and exposed lead paint can be breathed in as dust or be swallowed. Children who become lead poisoned suffer from learning disabilities, delayed growth, brain damage, and behavior problems...Camden City residents have elevated rates of cancer of the lung, esophagus, stomach, liver, kidney, and pancreas. Lung cancer rates are especially high compared to the state-wide rates."

All of these factors influence how children learn, fail to learn, and in some severe situations may be less likely to learn. Clearly the state literacy and mathematics assessment results in Camden Public Schools during the last three years show very poor student performance.  Stripped from the realities of the city, its violence, poverty, and illness--one might be inclined to believe those who blame public school educators for the failure.  After making the trip to Camden, I would be less likely to do so and hope these images and information make it less likely for you to believe the rhetoric too. The deplorable condition of the city suggests that learning may well be a low priority, given the need to survive.  Quite frankly I wonder how teachers and administrators in Camden do the work that they do.

Instead of routinely blaming public school educators, the "billionaire" money might well be used to inquire from experienced inner city teachers what issues they and their students face that inhibit learning, influence how they come to know children, as well as  how they work to overcome those issues and sometimes fail to overcome those issues. This information would be invaluable.

Educators who work in inner cities have much to tell us.

Finally, we must keep the issues related to economic injustice as actionable items.  Instead of being distracted by billionaires and their followers situating learning problems as public school education issues to be "fixed" via charter schools, value-added evaluation, and merit pay--we should keenly look at the larger economic system that creates severe inequitable conditions, makes learning so hard for children, and focus our national attention there. 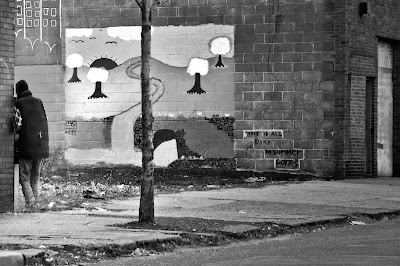