Why Play Must Walk Hand-in-Hand with Schooling: Responding to NAEP and The Atlantic

Well, we may first tell what the map is not. The map is not a substitute for a personal experience. The map does not take the place of an actual journey. The logically formulated material of a science or branch of learning, of a study, is no substitute for the having of individual experiences. The mathematical formula for a falling body does not take the place of personal contact and immediate individual experience with the falling thing. But the map, a summary, an arranged and orderly view of previous experiences, serves as a guide to future experience; it gives direction; it facilitates control; it economizes effort, preventing useless wandering, and pointing out the paths which lead most quickly and most certainly to a desired result. [Dewey, John. The Child and the Curriculum (Kindle Locations 188-193). Kindle Edition.)

I love this brief video of Christy Hale accepting the 2013 Boston Globe Honor Book award for her book,  Dreaming Up: A Celebration of Building (published by Lee & Low Book Publishers). Hope you'll listen as she's so observant and wise.


"...there is little distinction between the building play of children and the innovative work of architects.When a child drapes a blanket between two chairs to make a fort and Japanese architect Kenzo Tange engineers the world’s longest suspension roof for Yoyogi National Gymnasium, both use the same design thinking. When a child stacks cup on cup, up and up, and Argentinean architect Cesar Pelli builds the world’s tallest twin buildings (the Petronas Towers), both reach for the sky. “Play is the answer to how anything new comes about,” developmental psychologist Jean Piaget said.


I have been knee deep this last month designing K-3 ELA units that focus on engineering, design, architecture.  None of it will matter much if play doesn't accompany the reading. I'm halfway through designing a kindergarten unit that features Dreaming Up: A Celebration of Building and Robert Louis Stevenson's lovely poem, "Block City." I want to recommend that play with blocks, water, and sand accompany the more common ELA learning, but I wonder just how many kindergartens still have these in light of our national obsession with school reading and school math.

My friend, Jane Gangi sent me a link recently to an article about the NAEP results and how flat reading scores remain. In "Why American Students Haven't Gotten Better at Reading in 20 Years,"  experts, like Daniel Willingham, shine a light on the common sense notion that prior knowledge matters when reading be you 5 or 50.

The author of the article, Natalie Wexler, writes:


Willingham explained that whether or not readers understand a text depends far more on how much background knowledge and vocabulary they have relating to the topic than on how much they’ve practiced comprehension skills. That’s because writers leave out a lot of information that they assume readers will know. If they put all the information in, their writing would be tedious.

But if readers can’t supply the missing information, they have a hard time making sense of the text. If students arrive at high school without knowing who won the Civil War they’ll have a hard time understanding a textbook passage about Reconstruction.


Reading the article brought me back 7 years ago when I was working for a client. The curriculum director was quite upset because I was teaching faculty that prior knowledge plays a role in how we make sense of the world--be it a written text or a lived experience. At the time, ELA Common Core Standards author, David Coleman had been busy discussing pre-reading strategies. To me, his language was reckless and many administrators took his words to heart and banned providing students with any background knowledge at all.

We know this is a disservice and in fairness to Coleman I suspect his rhetoric was not intending to harm learners. But the interpretations of what he said, surely did do that. One only has to look at NAEP scores to understand that outcome. Yet, that reckless language and what followed never seem to get mentioned.

Knowledge matters.  It mattered in 2011 and it matters today. Be it general, content-specific, procedural, or schematic--knowing is important when we want to learn more. I think of it like that lovely line in Frost's poem about the woods: Way leads on to way.

Knowledge though isn't simply a matter of assigning a topic and studying it.  Our understanding of the same 'topic' shifts and often deepens and perhaps becomes even more complicated as we age and/or as we learn. This is why Wexler's curricular advice in the article should have been pulled. (Are there education editors at Atlantic?) Wexler concludes:


The implication is clear. The best way to boost students’ reading comprehension is to expand their knowledge and vocabulary by teaching them history, science, literature, and the arts, using curricula that that guide kids through a logical sequence from one year to the next: for example, Native Americans and Columbus in kindergarten; the colonial era and the American Revolution in first grade; the War of 1812 and the Civil War in second grade, and so on. That approach enables children to make sense of what they’re learning, and the repetition of concepts and vocabulary in different contexts makes it more likely they’ll retain information. Not to mention that learning content like this can be a lot more engaging for both students and teachers than the endless practice of illusory skills.


The best way? Image "engaging" 5-year-olds in the study of the genocide of indigenous people. Or treating 6, 7 and 8-year-olds to a steady diet of war, war, and war.  This 'advice' fails to understand the more iterative nature of learning and assumes learning can be encapsulated and digested like an antacid. Meanwhile, developmental appropriateness is sorely missing.

Dewey told us a hundred years ago that the child and the curriculum are co-specifying. He wrote:


Classification is not a matter of child experience; things do not come to the individual pigeonholed. The vital ties of affection, the connecting bonds of activity, hold together the variety of his personal experiences. (Dewey, John. The Child and the Curriculum (Kindle Locations 39-40). Kindle Edition.)


Experience and content need to walk together. The child's recalled experience that makes sense of this new 'content' is the 'vital ties of affection' that we, who work with children so often forget and educational publishing companies and pundits never really knew.

Christy Hale gets this. She concludes her speech by saying, "Children, architects, artists, and writers all know that play and work are one."

In our desire to create STEM-proficient learners and better NAEP performers, let's not forget play. It seems ironic to me that play could ever be left outside like some poor relation. In the engineering and design processes, play is the foundation--the trial and error, the reimagining, the rebuilding from earlier attempts, the false starts, the lines of flight.

Play is the embodiment of the vital tie of affection that gives rise to meaning.  It's as essential as breathing.
Posted by Mary Ann Reilly at 3:44 PM 2 comments: 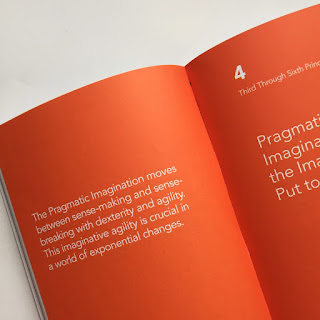 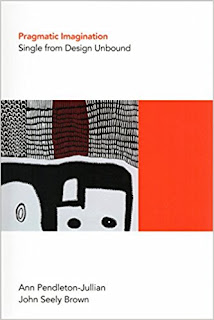 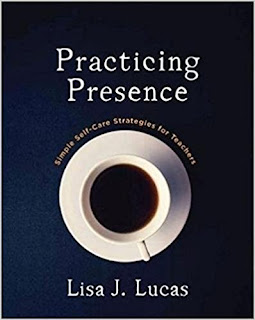