In an earlier post, What Makes Your Heart Beat?, I shard plans of work I intended to do with staff developers in manhattan.

Below is one publication that was generated from the work. Found poems and paintings generated via art conversations comprise the book.

I love this 6-word memoir project that was done in Minneapolis and think it can easily be adapted at other sites, including schools and other cities, towns, etc.

How about one that was done state wide?
Or country wide?
Or world-wide?

What would you six words be?

What Makes Your Heart Beat? 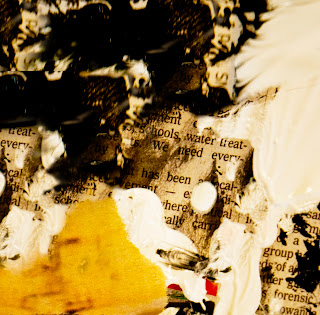 I am planning some work I will be doing tomorrow with staff developers in Manhattan. It is a full day and I hope to help them to know, if they don't already, that close reading is aesthetic reading. The afternoon will be dedicated to deep thinking, dwelling, and full aesthetic immersion.

Below is a Slideshare, I will be using to engage the educators in close reading of Barry Lopez's essay, "Gone Back into the Earth." The students will conclude with an art conversation that begins by discussing the question: What makes your heart beat?  which echoes Lopez's conclusion.

Learning from a 7 Year Old Poet

It is morning and I am conferring with a first grader while her teacher observes. The child has written a poem about people rising early to see spring leave and summer arrive. This is the finished poem:

Spring has bloomed out
under the tree of hope.
Morning is light.
Many have risen
early to see spring go.
Rapidly, watermelons start to grow.
The beach becomes a summer home.
The time has come for summer.
It has come to stay.


After we finish working on the poem, she asks to draw as she says drawing will help her to rethink the poem. At the end of March, I had the pleasure of teaching her in several 3 hour blocks and one of the things we did was draw in order to think through stories, add detail, and better understand our intentions.

After a bit more discussion, she asks if she can perform other poems as she thinks that acting them out helps to make poems.

As I watch and listen, this 7-year-old moves about the room dancing the poem awake. I marvel at her understanding of poetry and the inherent joy she finds while making poems.  She tells me,  "Poets act it out to feel the poem. I like to do that. It helps me answer."

Posted by Mary Ann Reilly at 10:17 PM No comments:

The emancipation of both nature and the human imagination depends first on the capacity to ‘unsay’ the world and, second, on the ability to image it differently so that wonder might be brought into appearance. 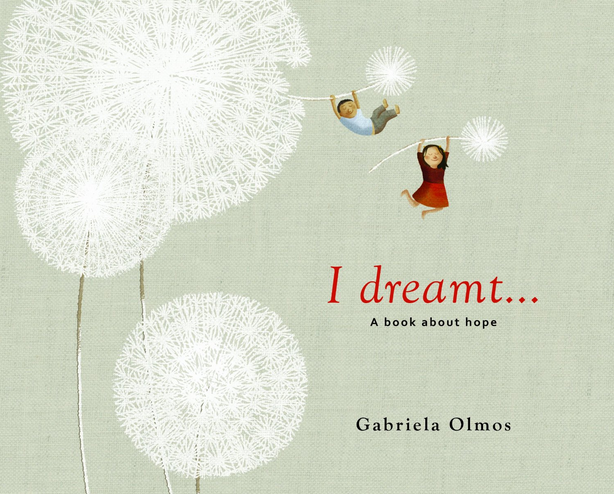 
I hope you will take a moment to watch these three video clips featuring Allan Luke. I am posting them as I want to suggest that continuing to discuss whether technologies belong at school, as if technologies could be anything less that ways we are in the world, seems like dead end discourse--especially when they fail ti migrate into maters of power, access, representation.  How we apprentice young people to read the world through critical and comparative lens requires our attention.

On Empathy and Doubt and Civility

I was driving to Connecticut this morning to participate in a dissertation defense and on the way I listened to The Future of Marriage, a discussion that was hosted by Krista Tippett (@KristaTippett ) and part of The Civil Conversations Project.  I'd recommend that you follow the links as the conversation between Jonathan Rauch and David Blankenhorn is civil and provocative and perhaps inspires hope that discourse can change, can be deep and civil.

There were two moments during the conversation when the discussion held my interest most dearly.   First, when Jonathan Rauch recounted that as a child of 9 or 10 he recalls thinking that he would never be able to enter into a marriage and have a family.  He says this understanding occurred prior to the realization that he is gay.  This stopped me and had me calling up memories of being a similar age and how filled my life was with the idea (promise?) that I would marry, raise a family, be in love. It was such a part of the genderizing culture I grew up in and I wondered about the enormous void the absence of marriage and family would have created and how I might have navigated that--if navigation was possible. For a moment, I imagined a younger Jonathan and saw him seated at a piano, much like the one I had in my home growing up, one foot swinging back and forth and the swamping feeling of loss. This memory had me recalling that scene in To Kill a Mockingbird when Atticus tells Scout:

You never really understand a person until you consider things from his point of view--until you climb inside of his skin and walk around in it.


Later in the discussion David Blankenhorn is asked by Krista to discuss the relationship between civility and doubt.  He says they are partners and likens them to coffee and cream.


Mr. Blankenhorn: …I think that doubt and civility are friends. They go together kind of like, you know, coffee and cream. They’re partners. Um, by civility, I mean treating the other person the way you would want them to treat you. And by doubt, I mean believing that you may not be right even when your position is passionately held.

Ms.Tippett: You wrote this: “What I need as a doubting person is the wisdom of the other.”

Mr. Blankenhorn: See, because if I don’t have any doubt, I don’t need you. I should be nice to you out of manners, but I don’t need a relationship with you. I may want you to be available to be lectured by me so that you can come to the correct view and I may want to treat you politely for that reason, but I don’t really need you. As I grow older, I grow in doubt and that’s good. And I feel like that that’s a healthier way to be.And if I am not sure that I have the full truth of the matter, I need you.

Civility allows me to have a relationship with you. It feeds me what I need.


Doubt opens possibility. It allows you and me to become (other)wise through relationships with those who we perceive as being different.  It is the relationship with other, that is so prized.

This film was made at a Cleveland health facility.  It embodies the idea and practice of stepping into someone's shoes that are not your own.

In a few minutes I will be leaving this Starbucks where I have sat writing this post. I am just a few miles south from the college where Merle Rumble will defend her dissertation:  I TOO HAVE A VOICE: THE LITERACY EXPERIENCES OF BLACK BOYS ENGAGING WITH AND RESPONDING TO AFRICAN AMERICAN LITERATURE DEPICTING BLACK MALES.  In the dissertation, Merle constructs and reports on an experiment she conducted with 10 African American boys ages 8 to 11.  She wanted to see if using children's literature depicting African American men and boys and engaging the children through transmediated encounters (drama and visual arts) would make any difference in how the boys related to and comprehended written text.  The very short answer is it did.  The longer one will need to wait until Merle guest blogs and reports in her words her findings.

It's a powerful series of stories Merle tells and through it we can hear the boys as she uses their words and doesn't stop to 'pretty them up.' As I am neither Black nor a boy, Merle's use of the boy's thoughts as told in their words allows me to momentarily step into and out of the experiences they narrate.  And doing so nudges beliefs about literacy and representation and most importantly--fills me with doubt.

It is there in that state of doubt that I hear a door crack open, revealing what I had not seen (nor named) before.