When I see birches bend to left and right
Across the lines of straighter darker trees,
I like to think some boy's been swinging them.
But swinging doesn't bend them down to stay
As ice-storms do. Often you must have seen them
Loaded with ice a sunny winter morning
After a rain. They click upon themselves
As the breeze rises, and turn many-colored
As the stir cracks and crazes their enamel.
Soon the sun's warmth makes them shed crystal shells
Shattering and avalanching on the snow-crust—
Such heaps of broken glass to sweep away
You'd think the inner dome of heaven had fallen.
They are dragged to the withered bracken by the load,
And they seem not to break; though once they are bowed
So low for long, they never right themselves:
You may see their trunks arching in the woods
Years afterwards, trailing their leaves on the ground
Like girls on hands and knees that throw their hair
Before them over their heads to dry in the sun.
But I was going to say when Truth broke in
With all her matter-of-fact about the ice-storm
I should prefer to have some boy bend them
As he went out and in to fetch the cows—
Some boy too far from town to learn baseball,
Whose only play was what he found himself,
Summer or winter, and could play alone.
One by one he subdued his father's trees
By riding them down over and over again
Until he took the stiffness out of them,
And not one but hung limp, not one was left
For him to conquer. He learned all there was
To learn about not launching out too soon
And so not carrying the tree away
Clear to the ground. He always kept his poise
To the top branches, climbing carefully
With the same pains you use to fill a cup
Up to the brim, and even above the brim.
Then he flung outward, feet first, with a swish,
Kicking his way down through the air to the ground.
So was I once myself a swinger of birches.
And so I dream of going back to be.
It's when I'm weary of considerations,
And life is too much like a pathless wood
Where your face burns and tickles with the cobwebs
Broken across it, and one eye is weeping
From a twig's having lashed across it open.
I'd like to get away from earth awhile
And then come back to it and begin over.
May no fate willfully misunderstand me
And half grant what I wish and snatch me away
Not to return. Earth's the right place for love:
I don't know where it's likely to go better.
I'd like to go by climbing a birch tree,
And climb black branches up a snow-white trunk
Toward heaven, till the tree could bear no more,
But dipped its top and set me down again.
That would be good both going and coming back.
One could do worse than be a swinger of birches.
Posted by Mary Ann Reilly at 8:28 PM 1 comment:

Posted by Mary Ann Reilly at 11:14 PM No comments:

I am just getting ready to publish the second volume of read aloud instruction on iTunes for grade 2. This is a continuation in a series of ebooks I have produced. In this ebook, there are seven units of study.  Within the units of study there is direct instruction focusing on comprehension, vocabulary, and writing in response to text, as well as independent reading.

The texts below are referenced in this ebook. For each text  there is a multi-day lesson. 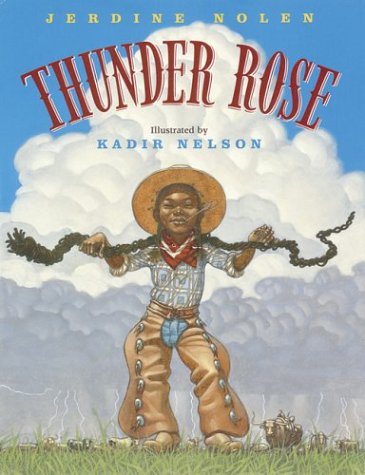 Unit 6: All About Trees

Thinking About Line, Shape, and Tone

Earlier in the week Anna Smith (@writerswriting) and Joseph McCaleb (@DocHorseTales) shared a video, Inge Druckery: Learning to See. It is such an inspirational film about how art education can alter how we see.

I was moved to try some of the ideas that Igne and her students created.

Here are a few.

A Product Worth Buying: Imagination Playground

I so appreciate the thinking that informs Imagination Playground: Provide kids with open space and portable blocks and observe how they make their own play space and what gets enacted and invented within that made space. If I had a school, I'd invest in this type of product along with lots and lots of blocks, sand, water, paints, musical instruments (especially different types of drums and sticks), and other stuff children can find and use to make things.

Will no one tell me what she sings?

Thinking about the poem by Wordsworth, "The Solitary Reaper."

Posted by Mary Ann Reilly at 8:52 PM No comments: 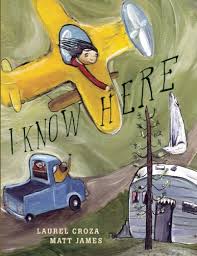 It has been a most amazing year.  I am finally catching my breath and wanted to take some time here to discuss the work my company, Blueprints for Learning, has done with teachers, administrators, students and parents in Newark, NJ and what that work means.

This year we partnered with 7 schools in Newark focusing on K-2 literacy at four of the schools, K-8 mathematics and K-8 literacy at two of the schools, and 6-8 literacy at one school.  On every measure schools used, children at our partner school sites were able to demonstrate very significant gains in literacy and mathematics.  The vast majority of children at all of our sites will enter the next school year having met or exceeded all school and district benchmarks.

So what went right?

One observation an assistant superintendent in the city made that I most prized was that everyone from Blueprints spoke with teachers and children with great respect and clarity.  I imagine this occurred a a norm because we experienced teachers, administrators and children as partners.  These partnerships allowed us to frame and respond to emerging situations.  Because we worked across 7 sites within a city, we also were able to leverage the power of that network, which formed and remade itself as different alliances and commitments grew.  The dynamic nature of network improvement communities allowed us to situate our work in the middle of learning spaces as teachers, researchers, learners, and designers.  I think here David Weinberger's observation that "...in a networked world, knowledge lives not in books or in heads but in the network itself" (p. 45).

Here the idea is to bring together local practitioners, researchers, and commercial designers around a set of shared objectives and across a number of networked schools. Rather than stage the process in the usual way (first research, then policy, then implementation), researchers, practitioners, and designers work together in real time to develop, adapt, and revise knowledge to solve a problem of practice across a variety of institutions. Learning takes place at three levels: the classroom, the school, and across the network. This model is particularly promising because it expands upon the more familiar idea of individual “learning organizations” and provides a process by which we could capture and adapt knowledge across a diverse network of schools" (5342-5343).

Rather than understand emerging conditions as being uni-dimensional (i.e., a reading problem, teacher x's problem) and solely the 'problem' or 'practice' of a school, classroom, teacher, or child--we were able to understand these situations through a variety of lenses as networked intelligence informed our understanding. This led us to routinely create occasions that situated consultants, administrators, researchers, authors, and teachers from different places alongside one another. This juxtaposition allowed all of us to better learn and problem frame and solve.

As we think about next year, we will privilege designing ongoing occasions where learners (that would be all of us) connect, contextualize, collaborate and create in more idiosyncratic ways with one another, as well as with others beyond the city.  At a workshop I conducted during the last week of school, I was so pleased to hear teachers and administrators in attendance getting one another's email so that they could stay in touch and work together during the summer and next year.  They valued one another's work.  For next year I have tentatively designed the opportunity for 300+ educators to learn in cross-school PLCs focusing on mathematics and literacy instruction.

I'll let you know what emerges from that invitation... 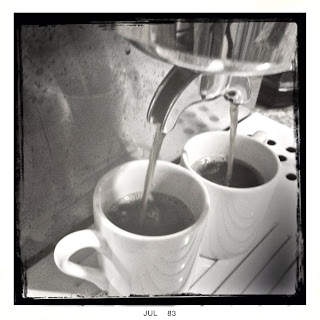