Writing Ordinary-Ordinary: Conferring with 4th Graders as They Write Slice of Life Stories I was reminded today how helping writers to not to rush past their ideas represents important and challenging work. In the fourth grade class in Newark, NJ that I have been co-teaching, I showed students a slice of life story I wrote a month ago (Learning to Lie) and we discussed some of the writing techniques they saw in the piece that we have also been trying out in our notebooks. We also discussed how the slice of life story is highly focused and in may ways celebrates the ordinariness in our lives. I decided to teach this lesson as I noticed that many of the children were trying to tell such epic stories that the work was largely overwhelming. I thought a slice of life story might offer us the opportunity 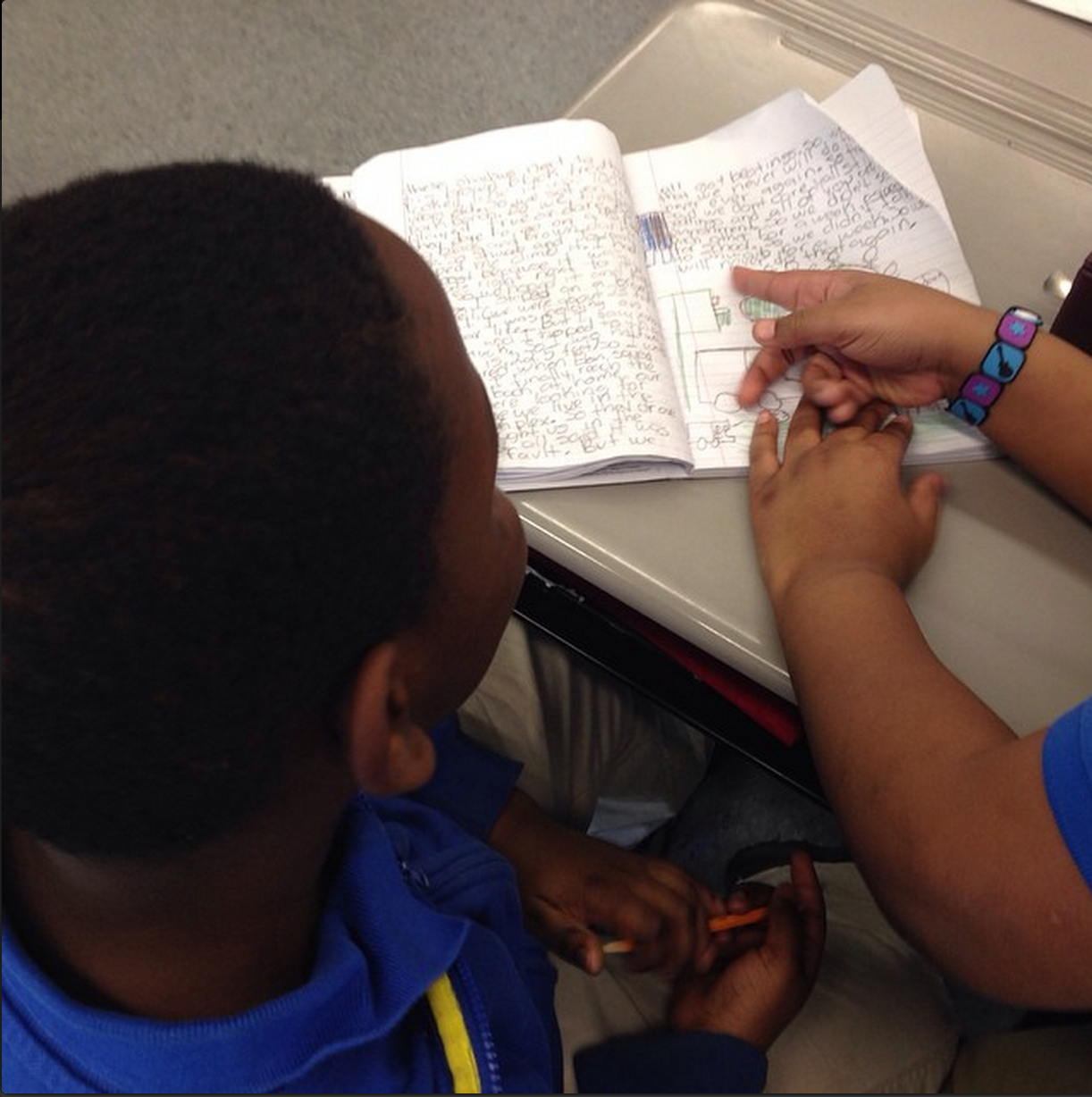 to tell a more manageable story and to dig beneath the surface of our own ordinary lives.

The ordinary is, of course, fascinating. In an interview republished in 2004 by the New York Times, Andy Warhol explained to art critic David Bourdin that he was attempting to read what was not there in Warhol's work. The painter said:


I just happen to like ordinary things. When I paint them, I don't try to make them extraordinary. I just try to paint them ordinary-ordinary. I had hoped that students might begin to dabble with the depth that comes by mining the ordinary. I had hoped that they might tell stories that were ordinary-ordinary. The students remarked that they noticed that in the story I had written, I wasn't heroic and in fact I had done something that was wrong.  They caught on to how telling such a story might well engage a reader.

So after our discussion,  I next invited the students to think about their own potential slice of life stories and when they had one in mind to partner and tell that story like juicy gossip. The partner's job was to ask questions like we had done before during another writing lesson. After this sharing,  all but two children were able to settle in and begin to write their stories.  The two girls who needed more assistance met with me on the carpet in the back of the classroom with their notebooks in hand.

"Why don't you take a look at your life map and see if there's a potential slice of life story you want to tell?" I began.
The girls opened their notebooks, looked at their maps, and after a few minutes, one said, "I could write about flying to Arizona."
"Flying to Arizona?"
"Yeah."
"I'm curious. Why were you flying there?" I asked.
"My dad was there."
"How come?"
"He was in prison there."
"In prison?"
"Yeah. He was coming back from California and the bus stopped and he didn't have the right identification and he didn't have the right papers and stuff and he was arrested and sent to prison," she explained quickly.
"Oh wow. That must have been such a shock."
"Yeah. It was really hard for my mom. It was a Friday morning. She got a phone call. We were watching movies."
"Where were you?"
"Snuggled in my mom's bed. We were watching movies. She doesn't like to watch scary movies at night so we were watching them in the morning. She got the phone call and then just sat and cried."
We were both quiet for a minute or so and then she added, "It was the first time I saw my mom cry. I was 8."
"Oh my. Your story makes me feel as if I could be in the room alongside you two."
She nods her head.
"I wonder if your opening line might not be what you just said, The first time I saw my mom cry, I was 8. That's such a powerful opening."
"I know more about how my mom felt cause I was with her."
"I bet that will help when you tell the story."
"Yeah, I think so."
"I'm not sure if you know this yet, but where do you see this slice of life story ending?"
"I'm not sure." Again we're both quiet. "Maybe getting on the plane? Or when my mom got the ticket?" she offered.
"Sounds like either could be a good place to leave your reader. Do you have enough now to get started?"
She indicated yes and quickly moved to an empty table and began writing.


Throughout most of this time, the other student listened and when I asked her if she had an idea for a story, she said, "Last year in third grade I had an attitude."
"An attitude? How so?"
"I was just like, nothing mattered. Mr. W. had to call home and he talked with my mom a lot."
"How'd that go?"
"I got a lot of punishments."
"That must have not been too good. What was causing the attitude? Did you ever figure that out?"
"Yeah. I wasn't seeing my dad. I didn't have time with him."
"That sounds like that would hurt."
"Yeah, when I finally told my mom she called him and she said he was coming on Friday to get me." We're quiet for a moment and she added, "It got better when I could see him again."
"It?"
"My attitude."
"Hmm. How do you see your story beginning?"
"Maybe describing what I was like in class."
"How would that sound? What might that first sentence be like?"
"I don't know. Like last year, I had too much attitude in third grade."
"Sounds like a good start. Why don't you begin with that?"
She nods her head indicating yes.
"Do you think you can get started writing now?"
"Yeah."

Mining the ordinary requires us to not rush past details, but rather, to take our time and best ensure that the words we place on paper or screen match our emerging understanding of what we are trying to say. This is hard work and best learned when choice, agency, large blocks of time, and trial and error are present and permissible.  Writing well is rarely learned when writing time at school is dedicated largely to practicing writing responses to open-ended test items on high states tests like PARCC.  I mention this as I see evidence that some district leadership assumes practicing test items is akin to good writing instruction.  It is not.  It never has been.