#SOL17: Half Song, Half Mourning Cry 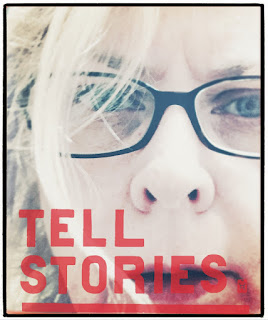 After the death, in the months that follow, a sudden and lingering sorrow reforms the body.

Whose arms are these?
Whose legs?
Whose heart beats here?

We are not who we were. We will not be again.

It was nothing less than shock and terror that I felt as Rob and I waited for my older brother to bring Devon to the hospital. We waited on that too-cold, too-blue Wednesday in mid February after hearing that Rob's prognosis was now terminal.

Terminal. Nothing could be done to prolong his life, save hooking him into machines that would breathe for him--a pathway Rob rejected immediately. No machines.

While we were learning that his dad had but a few weeks left of life, Devon was 20 miles away moving through his regular morning classes at high school. Moving through the routine of school. That morning I had arrived at the hospital after dropping Devon at school and was surprised when I ran into the oncologist as he had been away on holiday and was not supposed to be back until later in the week. He asked to meet with us at 8 in Rob's room. In the step-down unit it was quiet. Even the attending and residents who moved from room to room seemed more of a murmur than the loudness that typified such teaching. We waited that morning in the narrow, undersized room. Dr. Gallinson arrived with another doctor and told us quickly that the cancer had spread and that Rob's prognosis was now terminal.

What about immunotherapy? asked Rob.  He had been scheduled to receive his first treatment the week earlier but could not because he had been running a fever.

It would not be effective as the cancer has progressed, Dr. Gallinson told us.

The cancer had spread to Rob's spleen and liver, ribs and sternum, and both lungs. It was aggressive and nothing more could be done. He then explained about palliative care and we agreed that being out of the mainstream hospital would be better. The goal, however, was to bring Rob home. As he was hooked up to a high flow oxygen machine we learned that he would need to be taken off of that before he could leave. That process took another week. On February 17, 2016 Rob came home.

But on that Wednesday, we waited in the undersized and narrow room uncertain what we might say to our son. What words might we find that could somehow explain to our just-turned 17-year-old child that his dad was dying and had a few weeks left?  What words were there?

To this day I don't know what we said or who spoke first.  What I do know is that my brother, Jack, Jane and Rob's mother left the room so that only Devon, Rob and I were left. What I mostly recall is the awful keening sound Devon made as he collapsed onto his father.

To cry loudly, deeply requires a strength none of us had. We were worn, tired and so sad.

After great sorrow, we are never what we were. We are stories--stories that we must tell.
Posted by Mary Ann Reilly at 10:19 AM