Last Saturday night my dreams were filled with flames and soot, crackling timber and unbearable heat.  I dreamed about a wild fire burning out of control in what I think might have been the Redwood Forest in California. I kept trying to get to Rob who was caught in the forest too and each time I thought I would surely fail to reach him, the scene would reset.

I thought the dream was my attempt to save my husband.  Now I suspect I was saving myself. 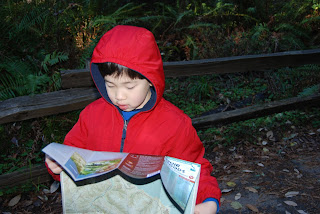 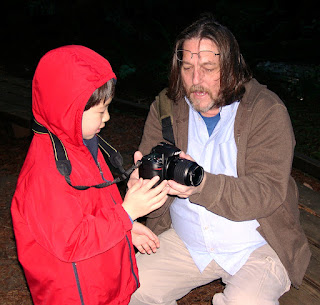 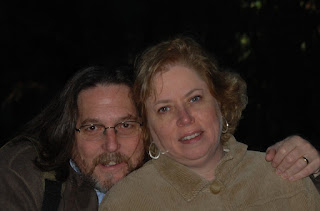 Years ago, Rob, Devon and I spent a late December day in the Redwood Forest. None of us had been there before. It was few days after Christmas and Devon must have received a camera and throughout the rather cold and somewhat rainy day, Rob continued to show Devon how to use the camera.  He did this with not only patience, but an odd joy. And we posed
ever so often for Dev to snap a picture. It was such an ordinary day. It had been our 17th wedding anniversary.

All day long, the scent of fire stayed with me, an odd companion at that.
Posted by Mary Ann Reilly at 12:30 AM