It was with great interest that I read and reread Thomas Mackey and Trudi E. Jackobson's (2011) Reframing Information Literacy as a Metaliteracy and would recommend the text to you. The authors provide a critique of several frameworks for literacy (information literacy, media literacy, digital literacy, visual literacy, cyberliteracy) and suggest that a metaliteracy framework is necessary as these former definitions of literacy/ies are challenged "based on the emergence of new social technologies" (p. 69).

The authors contend that:


Metaliteracy reinforces stronger connections between information literacy and other literacy frameworks. This approach looks at the foundation principles that unite information and technology, rather than focusing on differences based on discrete skills, distant technologies, or media formats (p. 70).

The authors wish to ensure that a broader definition than information skills be employed.

As I read, I wondered: What do we mean when we characterize something as information?  Do we carry with us an understanding that information is stable? Static? Singularly authored? Is information limited to what we explicitly know? In Mackey and Jacobson's critique, they write about the need to think:


beyond information as a commodity, and instead (focus) on the production of knowledge in collaboration with others (p.68).

Yet when offering examples of metaliteracy, they situate "information" as a bounded entity; that which can be found and retrieved. And certainly there is information that fits that definition--information based on explicit knowledge.  Yet, what happens if instead of thinking of information as a bounded matter, we situate information along a knowledge continuum that stretches from bounded (a thing you could hold in you hand such as a bus schedule) to unbounded (that which cannot be contained nor is complete, such as an emerging idea)?  Perhaps it is the practice of referring to all of those possibilities as information that is so thorny, especially when we may well think of information as that which is bounded.  In some ways the tensions remind of Louise Rosenblatt's transactional theory in which efferent and aesthetic ways of reading represent a continuum of responses to text.

I wonder if the tensions the authors describe might also be influenced by how knowledge is (in)formed: explicitly and tacitly.  It is easy to identify explicit knowledge. It is external and codified and schools of the last century (and many would argue this century) have build curricula on explicitly known information. Explicit knowing is something I can hand to you using a single symbol system.  Tacit knowing is inherently different and less likely to be seen at school. Tacit knowing is bodily-known, experiential, and not yet codified. Additionally, tacit knowing, cannot be represented via a single symbol system.  In fact I would suggest that it is through transmediated representations (multiple symbol systems) that tacit knowledge begins to be codified.

Tacit knowledge is about knowing and at the same time not being able to clearly explain how and at times what one knows. Earlier today I was reading Roger Martin's essay, How To Make Companies Think Long-Term and stopped when I read:


Eliminating stock-based compensation would help reduce the incentive for executive leadership to focus on the short term. But there is a residual problem which has long frustrated me. The answer finally popped into my brain (funny how that works).

Martin's characterization of knowing as the answer popping into his brain suggests a possible bridge between tacit and explicit knowing that occurs when that which you have known but could not name begins to be codified. I wonder if codification of tacit knowledge isn't heightened via the connectivity to and collaboration with so many potential others through social media and online communities.

This idea feels important. How? I'm not sure I can name it as of yet.  But here's my first go at it. 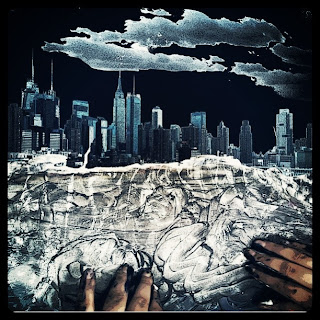 Perhaps the emphasis in redefining information literacy as metaliteracy and expanding the definition to include the participatory nature of producing and consuming information is secondary to understanding the emerging importance of tacit knowledge and how such knowledge becomes codified.  I am not suggesting metaliteracy isn't important.  I think the authors do a fine job at exploring the differences and arguing well for the expanded framework. But I think the tensions the authors describe are more a symptom of the need in social institutions to shift from privileging explicit ways of knowing to privileging tacit ways of knowing.

Here's my working thesis: Through participation and collaboration with others via social media and online communities as well as the development of transmediated (multiple symbol systems) representations, learners' feelings, intuitions, and impressions emerge rhizomatically and collectively. These tacit ways of knowing among people disrupt what it has meant to know, to author, and to consume.  It is these disruptions that signal tension, disequilibrium and creation.