'A Link in the Chain of Speech Communion' 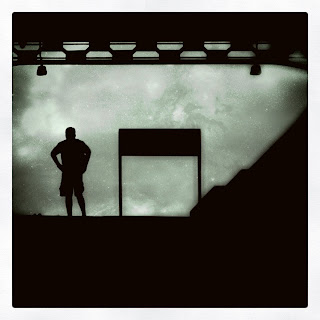 Yesterday, my rather humble blog passed the mark of 20,000 visitors from 123 countries. A year ago I began the blog and truth be told, I am a bit amazed at the numbers as it had not occurred to me that a blog could or would attract such 'global' readership.

Depending on your experience with social media, the power of blogging may be difficult to know, appreciate, and value.  I've noticed a lot of posts with titles such as: Why I Blog, Why Blogging Matters, Why Teachers Should Blog and so on and decided to weigh in on the matter.  I began blogging in earnest a couple months after meeting Will Richardson. I had started the blog in December of 2009 and made just one post which was generated in response to an assignment--something I would not recommend be done.  In 2009, the idea of blogging didn't mean anything to me, as I was uninitiated. I was taught the technical aspects of establishing a blog which were nothing more then point and click. Whereas I knew a fair amount about writing in a 1.0 world, what I knew did not necessarily help me to understand some key attributes of blogging: largely that it is social and rhizomatic.  The assignment once done only served to undermine my confidence.  I had nothing to say and I was saying it (not as eloquently as John Cage) and felt I had 'failed' blogging.  So when Will showed a screen shot of his blog to a group of us, I was pretty intrigued by a graphic displayed on it that showed the globe filled with lots and lots of red dots. Each dot indicated a visitor to the blog and frankly Will's globe was mostly red.

I connected that day to a shift in understanding about how communication happens via blogs.  Although I had written a fair amount prior to blogging, my writing tended to be academic and published rather exclusively in professional journals that were juried. Some of those journals enjoyed significant readership.  In many ways though the academic writing world seemed based on a communication model much like Saussure theorized at the turn of the last century.  It was a linear transmission model. I wrote a text, some peers reviewed the text, the text was accepted for publication (with or without revision), a final version was submitted, the text was published and made available for others to read.  A concern with Saussure's communication model is that it assumed that a listener's comprehension mirrored the speaker's and so given that belief, the unidirectional representation seemed complete. Oddly, many academic journals seem built upon a similar mindset as dialogue is not facilitated.

Blogging assumes a rather different model of communication: more akin to Mikhail Bakhtin's (1986) notion of dialogue as a "link in the chain of speech communion" (76) rather than an encoder-decoder model. A year later, I am understanding that blog posts are rhizomatic in ways print publication simply cannot be.  After meeting Will, I began to 'follow' him on Twitter, to read his posts, and to follow the hyperlinks within those posts to other posts. It was dizzying. In doing so I found other blogs I enjoyed reading, agreed and/or quarreled with, and after a bit of time found myself responding in print. Even when I did not post a response, I often followed the 'conversation'. At the same time, in part because of what I was reading, I became aware of a need to communicate my understanding of and concerns with the Common Core Standards. In many ways I had been entering that dialogue without writing and so in late August I found I had a lot to say and began doing so via the blog, beginning with the post, Nomadic Reading in a Standards-Based World. 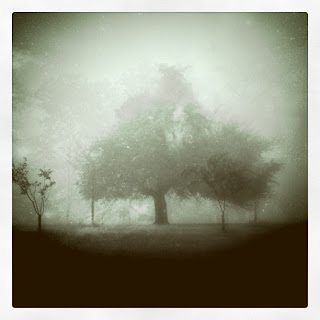 Blogging is not simply about 'writing' and to think of it as a writing task is to make a mistake. Rather, blogging is about entering into a chain of speech communion, of which you are a link.  Depending on how you enter and re-enter, the chain often appears quite different and what you link/unlink shifts.  It would have been difficult, if not impossible for me to understand this without blogging and as I write this I am confident that there is much more that I don't realize from the place I am standing.

The only advice I offer today is to not assign blogging as a task for students to complete. Initiate learners by reading, listening and viewing blogs and leave the choice to commit to writing a blog to the individual.