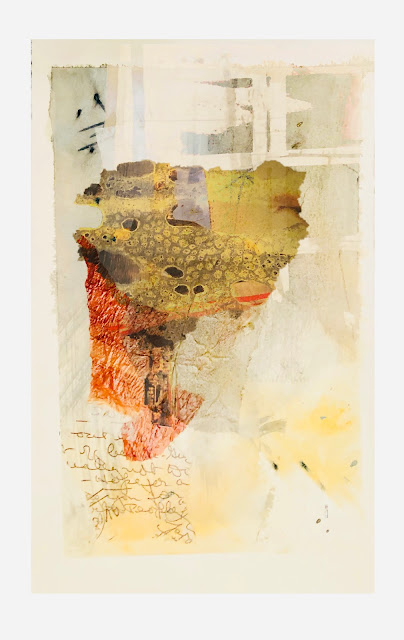 Each year I try to do a 100-day creative project. It’s a commitment I make to learning small, focusing keenly and seeing what emerges.  It is a time for me to spend a few months practicing. This year from Solstice, 2021 to Equinox, 2022–-I will create 100 quickly made collages and see what I learn about design, palette, mixed media, and opaque and transparency.  The 100DAYProject can be found here.  #thecreativepractice

So far I’m learning that as I am thinking (a)long, I am working fast, limiting my palette, and mostly playing.  What gets made, gets made.  I am borrowing heavily from what I learned with Karen Stamper in the course I just finished of hers, Free Up Your Sketchbook and Grow."


Posted by Mary Ann Reilly at 7:07 PM No comments:

A few images made in Iceland, November and December, 2021.

Posted by Mary Ann Reilly at 10:28 PM No comments: 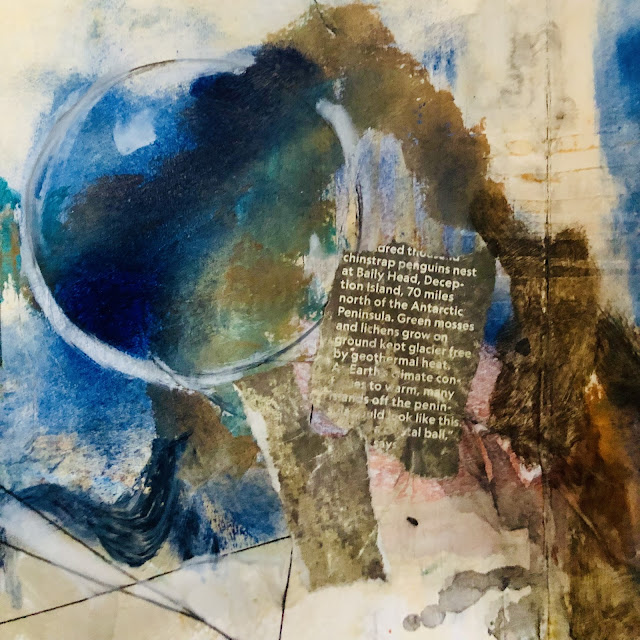 I had not understood the implications of the quick loss of love—how the suddenness and permanence of such loss make life unsteady.  It took the last 6 years to understand the implications of the fear that arose when Rob got sick so quickly and died so young.  If such tragedy could strike at will, what shoreline could I count on to anchor me? During the first year after his death, I felt untethered to the earth. I could not see a future. My very definition of self that was formed and entwined with Rob felt shattered, missing. I knew I remained a parent, but even that was altered as I was now a single parent. Even though I could think about what Rob might say when a situation arose, I knew in the bones, he was gone.
In a recent NY Times Magazine article,  “What if There’s No Such Thing as Closure?” writer, Meg Bernhard, writes about Pauline Boss and her theory of ambiguous loss. I first began reading about ambiguous loss in 2016, after listening to Krista Tippet’s interview with Boss. Bernhard contrasts the traditional Elizabeth Kubler-Ross model of loss with Boss’s theory.  She writes,

“…Elisabeth Kübler-Ross’s linear “five stages of grief” model — which implies that if we work hard enough and follow certain steps, we’ll be able to get over our losses within a reasonable timeline — remains a popular mode of thinking. But Boss argues that many losses do not follow such models, and our reliance on them does not equip us to cope.

By contrast, ambiguous loss gives us a term with which to acknowledge the amorphous nature of its emotional wounding. People are able to identify with this type of loss when they have language for it. Rejecting linear models, Boss offers six nonsequential guidelines meant to help people bear their grief: making meaning out of loss; relinquishing one’s desire to control an uncontrollable situation; recreating identity after loss; becoming accustomed to ambivalent feelings; redefining one’s relationship with whatever or whomever they’ve lost; and finding new hope…”

I have experienced all six nonsequential facets of grief these last few years, moving among, between and dwelling within the different facets. These six guidelines have informed my life:
What arises now is how my understanding of each guideline has deepened, changed, been forgotten and remembered.  Hope is no longer an end moment to get to, but rather a placeholder of possibilities that winds like a cat between the others. It is not separate from becoming use to ambivalence and uncertainty, nor of forming definitions of self, or relinquishing control, or finding tentative meaning. What is new to me is the redefinition of my relationship with my husband.  The passing of time shows me how I have continued to lived—to thrive, not merely survive. This knowledge allows me to see the distance between my life with Rob and my life now.  I have continued to evolve.
The imperative to live, or as Rob told me after learning his life was ending, live brilliantly, is more constant than not these days.I am far more independent than I was previously as well.
Posted by Mary Ann Reilly at 10:09 PM No comments: