When my grandmother was a child, she practiced speaking Irish with other children secreted behind the tall hedgerow skirting the lane where she and her family lived. Such were the times in Ireland, the decades preceding the Republic’s freedom from Britain--a time when British rule prohibited the Irish from speaking the language of home.  One-hundred plus years later, I sit at home 20 minutes west of Manhattan, thinking of this woman I never met, of a country, I too left, and wondering about the parallels between colonialism and our national need to reclaim teacher and student voices in the classroom. To be sure, this imperative is not new.

In Culture and Imperialism, Edward Said defines imperialism as "the practice, the theory, and the attitudes of a dominating metropolitan center ruling a distant territory."  He defined "colonialism, which is almost always a consequence of imperialism" as "the implanting of settlements on distant territory." In thinking about the relationship between the two, I wonder about those educational practices that serve to colonize classrooms, students, teachers, and schools, of which there are many. 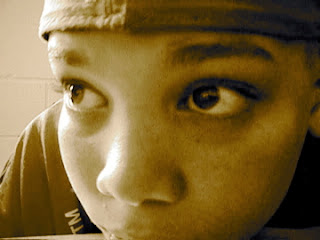 In this post, I want to examine one example of colonized practice: prescribed units of study for writing. I want to explore how prescribed, commercial units of study act as agents that "re"settle classrooms into "writing workshop" products, stripping from teachers and students agency, voice, and maintaining "literacy" as a Web 1.0 practice. Now to be sure, I am not talking about organic workshops that are made by teachers and students, although these too may maintain web 1.0 practices. First a bit of clarity as to what I mean by Web 1.0 and Web 2.0 literacy practices.
According to Colin Lankshear and Michele Knobel (2003), Web 1.0 practices privilege:

In contrast, Web 2.0 literacies integrate "the principles of Web 2.0 online interaction: global participation, multi user collaboration, and distributed resources and knowledge. Web 2.0 includes social networking sites like Facebook, fanfiction sites, wikis, massively multiplayer online games, and music- and video-sharing sites such as YouTube. Literacy 2.0 practices involve ways of participating in vast digital networks through posting, blogging, recording, remixing, uploading and downloading" (Wohlend, 2010, p. 147).
When schools (such as all public school in New York City) adopt prescribed units of study for writing that situate literacy as a single user event, a misdirection occurs.  As the mother of a 12-year-old boy, I have watched as his literacy learning has been largely influenced by "Units of Study" borrowed and in some cases, wholly adopted, from Teachers College Reading and Writing Project (TCRWP). Whereas he has benefited by having caring teachers and administrators, he also has been defined and to a some degree, limited, by the his schools' misunderstanding of what it means to be literate. In every classroom he has occupied, authorship has been situated as  solo event, limited to the mind of one.  Yet, when I watch my son play online at home, he is composing narratives with other players from across three continents. I listen as he strategizes with players in order to complete missions, advance troops, considers his partners, and win/lose contests. The work emerges as the play ensues. Recently when he was teaching me how to play an online game, he told me that I needed to be sensitive to emerging situations.

"You can't figure it all out on your own," he told me.  "You got to look and see what you partners are doing and figure out how you are going to lead or assist."

A very different type of narrative emerges in the virtual world where authorship is inherently collaborative, subject to emerging situations, and located in partially constructed narrative worlds. Against this richness, I worry each school year when my son (and I imagine so many other children) is required to dust off a small moment narrative as one of the genres he must write.

"I just gotta get it done," he tells me as I read a rather poorly written story. "It doesn't mean anything."

We all suffer through these narrative attempts and what is learned is significant. My son learns compliance and I learn about practices that colonize a classroom. Allow me to elaborate.
Not too long ago I worked at a NY college as professor in the department of Literacies, Language and Culture. The graduate students I worked with were usually certified teachers, mostly teaching in New York City public schools, and returning to college to earn a post graduate degree in literacy.  At the beginning of a spring semester, two of the graduate students in a leadership and literacy course teaching at public schools in the South Bronx showed our class their multi-page curriculum map. The maps were voluminous, stretching across legal size paper and containing many pages that indicated what they were to teach each and every month.  Further, the school day was also parsed, and indicated what techniques they were to use at each given moment in the day.  Many of us were pretty amazed at the level of detail the maps contained and were alarmed that anyone would be given such a map, let alone a teacher. Consider this exchange:

“You have to follow this exactly,” Sophie indicated, pointing to the curriculum map she had been given by her principal. The kindergarten map, highlighting writing, was several pages.
“Can you actually teach all of this in a single year?” I ask cautiously as I turned page by page.
“You have to,” Sophie said.
“If at 10:00 it says shared reading and someone comes into your class and you aren’t doing shared reading, you’re in trouble,” explained Lana, who teaches at a different public school in the Bronx.
“What kind of trouble?” I asked.

“Well I don’t really know.  I just know you have to do everything the way it’s spelled out if you want to be teaching next year. The threat is implied.”

"We have to follow exactly as the Unit prescribes. I mean we spent a week on learning about writing instruments and I never would have done that."
"What kind of writing instruments?"
"Crayons, markers, pencils," Sophie answered. "I had to introduce each instrument. The kids were so bored and it was the first month of kindergarten. It's not how I wanted to start, but I have no voice in this."

"Everything is scripted," explained Lana.  "I was reprimanded by a literacy coach because I called my kindergartners, children, instead of writers. It's all so absurd."

Having no voice is problematic, especially when you are a learner and required to do things that make little sense. Imagine what is being learned by children who watch their teachers following a script. Now to be sure, prescribed curriculum abounds and there are variations on writing workshop by other for profit groups.  What these groups have in common though is a belief that a prescribed curriculum is superior to a locally invented one.  That is a colonial mind set: the belief that some foreign entity holding more power knows better than the local people what is good and bad for them.  Additionally, as these prescribed literacy curricula are all lodged in Web 1.0 methodologies, they not only remove agency and strip voice from teachers and students, but they also ensure that the work that is being privileged is out of date with the times.
In the opening to A Guide to the Writing Workshop (Heinemann, 2006) the first of Units of Study for Teaching Writing, Grades 3-5, Lucy Calkins channeling Isaac Newton writes, “The books are intended to be read and used in sequence, each book standing on the shoulders of the books that go before it…A few homemade units can be inserted between the fifth and sixth book. I suggest one of these be a unit of study on poetry, and I will later direct you to sources of support for that unit and others” (p.4).  A few pages later Calkins writes, “There is no one ‘right way’ for a yearlong curriculum to proceed. In this series, I lay out one curricular journey, one that is especially important to the community within which I teach” (p. 25). Yet, the units of study as suggested by Calkins would fill all but four weeks of a school year.  Precious little time remains for teacher ingenuity or student interest. Calkins explains, “I’ve deliberately left this month absolutely open. Chapter 9 in this book helps you to imagine possible units of study you could coauthor with your colleagues…Whatever unit a group of colleagues decides to pursue, the process of designing that unit will probably follow a course similar to the one I outline in Chapter 9” (pp. 33-34).
Web 1.0 literacies are privileged in the Units of Study.  In contrast consider the classroom  Karen Wohlend (2010) describes in A is for Avatar: Young Children in Literacy 2.0 Worlds and Literacy 1.0 Schools. She writes about observing two first graders who wrote an invented version of Digimon Rumble Arena, a two-player video game. Wohlend writes:

Attempting to understand this game from the Literacy 1.0 convention of narrative fiction shrinks the boys’ divergent, rapidly changing messiness into a one-outcome progression (Ranker, 2006). Literacy 2.0 activities, such as video games, produce nonlinear and dynamic interactive texts, as opposed to the Literacy 1.0 linear and fixed narratives (beginning, middle, end) that are typically generated through story writing in an elementary school writing workshop. Video-game play merged the boys’ individual play and design moves into a joint text that blurred the line between reading and writing as each interpreted the other’s move and produced a counter-move. The pretended video game demonstrates that new texts require coordinated action.

In writing workshop, a single author produces a book with support from others who consult but do not produce the text; responsibility for production is alleviated but always individual (p. 148).

Wohlend's observations are important and offer a different understanding of authorship. The Units of Study movement posits the belief in specific types of genres that students should learn about and replicate across grade levels.  Yet missing from these units are the types of texts the two first graders compose in the classroom depicted by Wohlend. Hybrid works informed by new uses of technology are sorely missing, even though  the youngsters populating public school classrooms are avid users of virtual worlds ( Marsh 2008, 2010; Merchant 2005 ).  Ironically, in the opening to the NYC Units of Study (influenced by TCRWP)  - Launching the Reader's and Writer's Workshop: Where We Begin, the authors state the curricular intention:

The focus of the curriculum in the early grades is to offer young children the opportunity to ‘bring their lives to school'.