In Praise of Librarians: A Collection of Books Made In their Honor 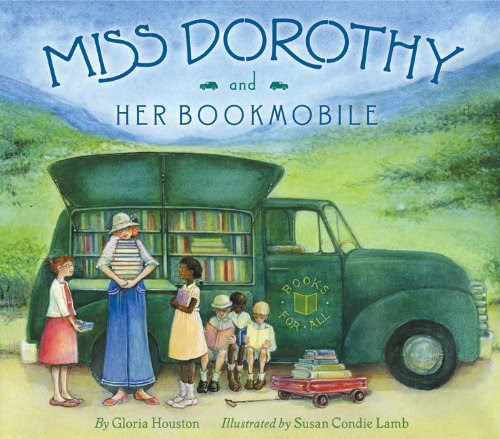 Gloria Houston’s (2011) new picture book, Miss Dorothy and Her Bookmobile opens: “When Dorothy was a young girl, she loved books and she loved people, so she decided that she would become a librarian.”
The opening captures easily what I have known to be true about all librarians: their love of books is only overshadowed by their love of people.  In this collection of recommended texts, librarians figure largely. As a child visiting in the country, I can recall waiting with my mother for the bookmobile.  The sound of tires crunching on gravel signaled its arrival. At home, our town's library was housed in a restored Victorian--a place we went to at least twice a week, if not more often.  I can still recall sitting at a tall window with a pile of books at my feet, waiting for my mother to finish browsing. My childhood was formed and informed by libraries and kind librarians, especially my mother who volunteered as a librarian's assistant at an elementary school. It was she who inspired me to love books, simply by sharing the habit of reading and the habit of visiting public libraries.
Librarians are often characterized as being seemingly quiet, yet we well know that they are the insistent force for social justice in our local communities, bringing opportunity to people who in other circumstances would not be privileged.  They are the very people who understand the importance of public libraries to a democracy and fortunately for all us, they are well organized and work to secure our rights to uncensored reading. From very celebrated librarians such as Pura Belpré (The Storyteller’s Candle/La cvelita de los cuentos) to less known ones, librarians are our neighbors, friends, spouses, siblings, parents and teachers. They stand for others, encourage all, and place into hands--young and old--possibilities.
This blog post is dedicated to librarians in our lives who have made and continue to make critical differences. I urge all to look carefully at proposed local, state, and federal budgets to make sure public libraries in towns, cities and schools are funded.
Mary Ann 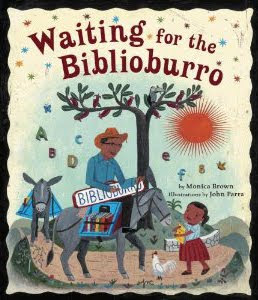