I used my iPad/iPhone the past five weeks teaching young children how to read. In this post, I highlight a few specific apps I used with children to help them acquire and/or strengthen foundational skills for reading. It is important to note that I did not need to do much (if any) direct instruction related to how to use these apps even though none of the children had ever seen an iPad before.

iTalk Recorder Premium: I used this app with children to record stories they spontaneously told in order to help them to develop their oral language. The finished products also served as an important informal assessment. Working alone and in self-formed groups, children told stories and then listened to their story. I also had students retell read aloud texts they had heard their teachers read using the text to help them retell the story. It was fascinating to hear what children had to say.  The audio file can be emailed.  ($1.99)


Doodlecast for Kids: Children used Doodlecast to tell stories or explain a process as they drew using the prompts at times. This app records the children's voices as they draw. The finished drawing and recording can be shared and/or published. Again I used this for oral language development and students drew and told stories with and without the prompts provided by Doodlecast. ($1.99) 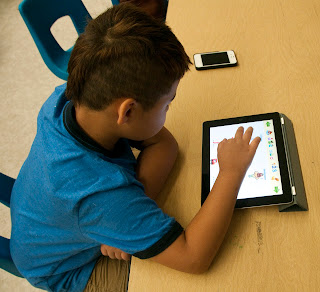 AlphabetTracing: Children follow a train, worm, or truck in order to trace upper, lowercase letters and numbers.  A potential limitation with the app is that a child may trace the letter incorrectly. In some ways this may be important in that it allows approximation that can be corrected. What I noticed was that the children I worked with began to copy the train and form the letters correctly after they had an understanding of the app.  This is a good intro to letter formation.  There is also a picture provided for each symbol. (Free) 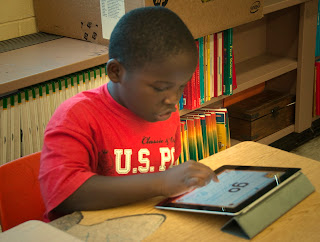 Sight Words:  The children loved using this Teacher Created Materials app. I have the full version (300 words) and it allowed me to select a range of words to fit each specific child.  Each word can be heard and is written by the child and then the child also records his/her voice reading the word.  After five words there is a review practice via a game (tic-tac-toe, concentration, hangman, sentence writing, etc.). I watched children acquire sight word knowledge and retain it and do so with joy.  ($9.99) 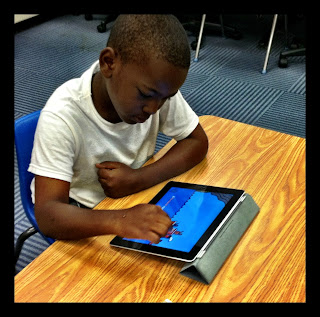