Getting Off the Math Acceleration Train 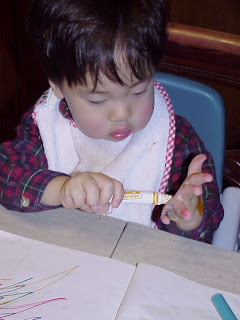 My husband and I have come to a decision: we're getting our son off the math acceleration train that speeds through middle school (in order to get ready for high school) and takes with it any and all interest in things mathematical.  This is the child who lined up condiments from the refrigerator at 18 months, taking time to balance the bottles so that they were somewhat symmetrical from taller bottles on each side to smaller, more squat bottles.   We are watching his imagination and curiosity lessen, his anxiety about grades increase, and his belief that he can't "do mathematics" take on new life.

When we discussed the matter with our son and asked him if he wanted to continue in the accelerated track, he answered, No! with great quickness.

In a perfect world, mathematics, especially during the middle school years, would be understood as an art, no more or less a symbolic language than music, photography, painting, and so on. But this is not a perfect world and mathematics is not understood as an art. I can't help but think if this were the case, my 12-year old might not say, I hate math, with such regularity. 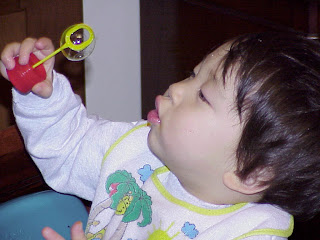 In "A Mathematician's Lament," Paul Lockhart writes: "Math is not about following directions, it’s about making new directions."

The opposite of this idea was so easily observed a few nights ago when we helped our son solve two-step algebraic equations--corrections he had to make on a test. Although he could follow the steps when shown, he didn't have any understanding. Finally my husband asked him if he understood what the equal sign represented. He said no. That led to describing scenarios that involved balancing sides (seesaw, weight distribution on an airplane by aisle, playing with coins, and so on). We later found out that the "curriculum" was finished for the year and the teacher decided to get a jump on next year by assigning and then testing via a 20 item test, students' capacity to solve equations (1/5t - 57 = 18).

All this getting ready for...is just plain dumb.

We need less rushing through to answer math exercises and more dwelling in human problems where the elegance and uncertainty of mathematics are given center stage.


But a problem, a genuine honest-to-goodness natural human question— that’s another thing. How long is the diagonal of a cube? Do prime numbers keep going on forever? Is infinity a number? How many ways can I symmetrically tile a surface? The history of mathematics is the history of mankind’s engagement with questions like these, not the mindless regurgitation of formulas and algorithms (together with contrived exercises designed to make use of them). 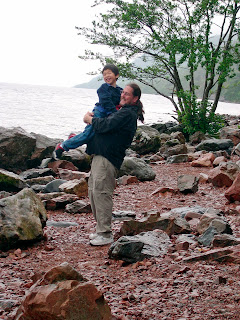 Maybe it's too much to hope for, but somewhere I hope there's a math teacher in my son's future who also wants to slow down and dwell in meaningful problems and perhaps is even courageous enough to do so often, if not regularly, in these dark days of pacing and testing.


There's a lot to be said for joy and curiosity, wonder and fun.  It's time to get off the fast train. I hope other parents might do so as well.
Posted by Mary Ann Reilly at 11:15 PM