A Small Story about Problem Solving 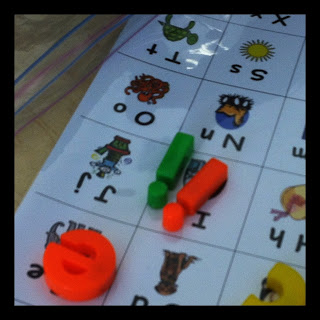 Last week I was teaching a group of primary grade children (five first graders and one kindergarten--all girls).  As part of the model I was doing for a teacher and a principal, I had the children participate in a making words lesson.  The girls had read Juanita Havill's story, Jamaica and Briana, a story about two girls who have a falling out and then reclaim their friendship.  I was quite impressed with all of the girls as they read and write about the story: they defined words using context, peer read the text using the Say Something (Short, Harste, & Burke, 1996) strategy, and organized a retelling of the story by using the Somebody-Wanted-But-So (MacOn, Bewell, & Vogt, 1991) graphic organizer.

For the making words portion of the lesson, I had chosen the word, friends, as it tied into the story and would allow me to see what familiarity with short and long vowel words the girls had, as well as how they problem solved. When it came time to make words, each child had a magnetic board and letters. I was taken by surprise when Skylar looked at the letters in front of her (d, e, f, i, n, r, s) and told the group that you could spell "fir" different ways.  She flipped the n, making it a u and also spelled the word fur. We briefly talked about the difference between fir and fur and then moved on. She also flipped the letter d later in the lesson, using it as a p to spell another variation of a word. Her playfulness was a form of problem solving.

Days later this small story stays with me. I think of how much I learned simply by observing Skylar at work. There's so much to come to know when we engage children in tasks that allow them to stretch beyond our intentions.
Posted by Mary Ann Reilly at 6:32 AM