When Things Fall Apart: Slow Walking on Made Roads 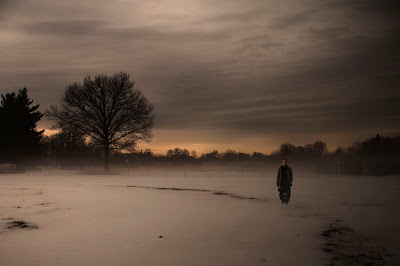 For the last year I have been writing about learning while walking.  This has been no accident.   And now as I leave my current job and step into that which I cannot define, I recognize that this is and will continue to be a time of significant growth and wonder, fueled by a disequilibrium that has not been soothed by simply taking the next job offer.  I am learning that there's real courage in saying no to job offers, especially in an economy as challenging as this one and with responsibilities to family.  Saying no is not easy.  And yet, I am reminded that simply agreeing to the next job offer that resembles what I am leaving at best 'resettles' my disequilibrium by providing a direction, a baseline, that repeats the same dynamic of schools as mechanistic places.

I want to compose schools as places where people work in the middle of things in fluid ways based on relationships and commitments we make/remake to one another.  I seek the rhizome, not the tree. I'm so tired of trees, too. (A nod to Deleuze & Guattari). I am saying no to organizations that rely on boxes, charts, roles, and polices to describe and limit its people.  These are systems of control.  They seem to fail--to fall apart as the systems initially embrace meaningful change, but then resettle in order to maintain power.

Such systems become more conservative, laying down rules of behavior with alarming predictability, issuing new organization charts, reshuffling the deck chairs if you will in an attempt to define ever 'new' boxes in which to stand.  Yet no amount of workplace shuffling will create the necessary occasions in which learning might flourish. Fear fuels control, stymies possibilities, replaces emphasis on making and sustaining relationships with marshaling people to choose different camps and guard territories.  Make no mistake,  a garden for learning cannot grow where chance has no foothold.

Meg Wheatley (1999) explains how schools systems aren't systems and yet within these non-systems, smaller systems arise.


"...most school systems aren't systems. They are only boundary lines drawn by somebody, somewhere. They are not systems because they do not arise from a core of shared beliefs about the purpose of public education. In the absence of shared beliefs and desires, people are not motivated to seek out one another and develop relationships. Instead, they co-inhabit the same organizational and community space without weaving together mutually sustaining relationships. They co-exist by defining clear boundaries, creating respectful and disrespectful distances, developing self-protective behaviors, and using power politics to get what they want.

Yet everyone who participates in a school district is a living being, responding to the same dynamics that characterize all other life. Within the artificial boundary lines and well-defended territories, people are self-organizing into real systems, reaching out to network with those who share similar beliefs or aspirations..." Meg Wheatley, Bringing Schools Back to Life

I am wondering if you would agree with Meg Wheatley.  Does her description capture what you know of schools--the dynamics?  Within school districts are there self-organizing systems among people who share core beliefs?  Can they remain viable, alive and to do so must they walk out and on? 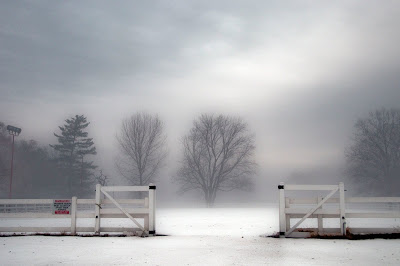 Several weeks ago I had coffee with a friend and she shared how she had placed herself in a situation where she changed the ground rules of how she worked and what she did resulting in her leaving a well established position and venturing out on her own.  She described a ten year journey she is still composing.  These changes required her to step into not knowing, to unsettle her life and her family's lives, as she realized the box she had been standing in could no longer contain her spirit.

Make no mistake, these matters are matters of life.

I recognized as I listened, even when I did not fully understand, that she was a kindred spirit and I leaned in to learn. A few weeks later I came across the book, Walk Out, Walk On and began reading it alongside a group of women--none of whom I have physically met, all of whom I recognize deeply.  I opened the book and was stopped when I read,  "When certainty collapses, it's often replaced by curiosity" (Location 134).  I knew that to be true and that alongside curiosity--anxiety, fear, and possibility co-mingle.  There are no simple causalities inside change, especially in the middle of things where bearings are at best blurry.

This book and my conversations online with these women (and now some men too) speak to my heart for I have walked out and am walking on.  I described it as being at the place of the comma: paused momentarily.  Walking on is about uncertainty, the difficulty in finding the language that allows me to name action taken as action. It is understanding that there are too many ready maps to follow, but they cannot be mistaken for the map that gets made by walking.


In describing what it means to 'walk out, walk on' Meg Wheatley and Deborah Frieze write (2011):


Walk Outs are people who bravely choose to leave behind situations, jobs, relationships, and ideas that restrict and confine them, anything that inhibits them. They walk on to the ideas, people, and practices that enable them to explore and discover new gifts, new possibilities...Whenever we choose to leave behind what confines us, whenever we courageously step forward to discover new capacities, then we can rightfully call ourselves Walk Outs Who Walk On (p.4).

Walk Outs who Walk On act like rhizomes.  They leave behind what cannot adequately define them, that which has felt ill suited, out of step and walk on to that which is self-determined and yet made and remade with others.   Again Wheatley and Frieze capture this well when they write:


Commotion is walking at the pace of the other, rather than at whatever pace you want to go. It is a horizontal movement that begins with being rooted in your own purpose and place, and then connects with others who are rooted in theirs (p. 25).

When the path can only be made by walking, the world I have known tilts and the center cannot hold.  Instead of trying to re-organize the world to fit the prescribed story, I am practicing a few behaviors, informed by beliefs that still feel very shaky.

Start anywhere, follow it everywhere.
Make the path while walking.
I have what I need.  No heroes needed.
Walk at the pace of the slowest.

Create spaces to listen to underprivileged voices.
Trust my camera to see what I had trouble seeing, my hands to make what I most need to learn.

Turn to one another.


The road before me is unmade.
Will send posts.