After participating at the very end of #IdeaChat on Twitter this morning, I was motivated to get painting. So, I was assembling some paint and paper to do a bit work when I came across a book I made a few years ago.  At that time I was a professor and teaching an arts-based literacy course to graduate students that mixed theory with performance.  I was introducing students to studio-based literacy in place of the more traditional workshop methods that I felt had become largely co-opted by premade/commercial units of study and the like. The organicism had been removed. The text, (un)Masked: Semiotic Masks & Monologues, grew out of the course. 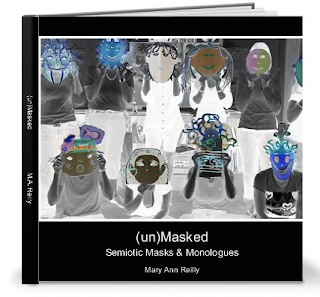 The text chronicled just one of the many arts-based engagements that took place that summer. Students created semiotic masks (Albers 2007) and wrote a response based on this initiating prompt: Think about a time of great emotional intensity. After recalling an intense emotional moment, each student studied her face in a mirror and then worked to create a mask using construction paper, raffia, newspaper, beads, watered glue, and different types of clips. When the masks were complete, some students then wrote a brief monologue/poem that they could perform while being masked. Other students worked between the mask making and the writing, moving between the two as they created. I did not establish a single method for the work and so was interested in observing how students composed.

While my students worked, I photographed them (with their permission).  I was thinking about the interplay between being masked and unmasked.

Here are a few images from the book. 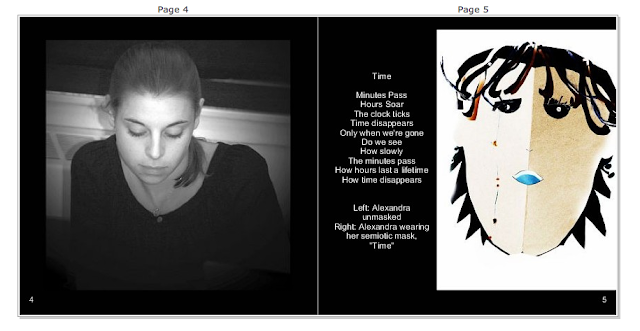 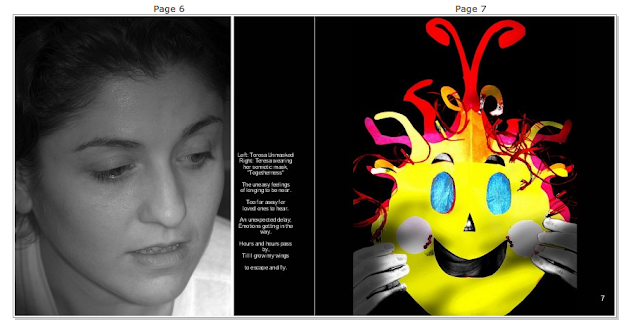 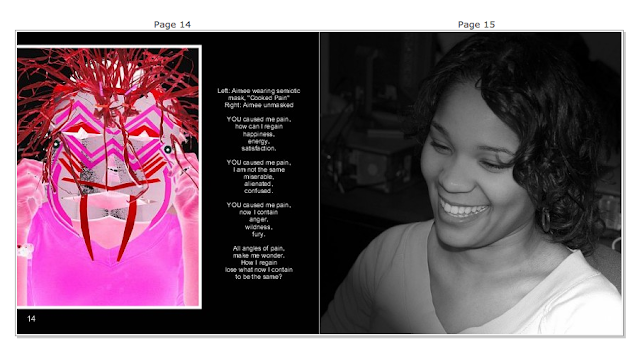 I have made masks with children from as young as third grade through high school, using different types methods and materials including papier-mâché.  The goal though has remained the same throughout the projects.  I wanted to demonstrate transmediation (composing through multiple symbol systems) and what happens to learners when we merge the visual with the written and spoken.