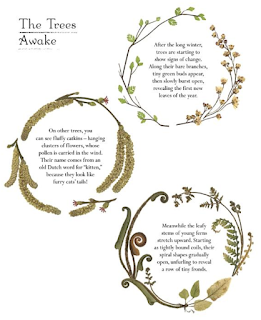 
Alemagna, Beatrice. (2017). On a Magical Do-Nothing Day. New York: HarperCollins.
A child on holiday from the city in an isolated cabin with her mom accidentally drops her electronic game into a pond. She is desolate until she begins to closely look around. When she does, the boring day without electronics becomes one of seeing nature and wonder. Such a good book. Starred reviews from Kirkus Reviews, Publishers Weekly and Booklist. 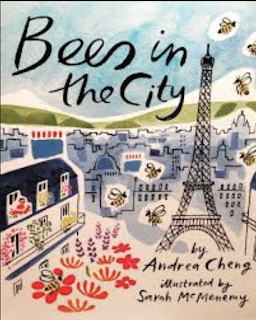 Cheng, Andrea. (2018). Bees in the City. Illustrated by Sarah McMenemy. Thomaston, ME: Tilbury House Publishers.
Fictional story about a boy (Lionel) who lives in an apartment in Paris. His Aunt Celene resides at a farm outside the city and there she raises bees. when bees begin dying, Lionel wants to help, but he lives in the city. What can he do? A rooftop garden and window boxes are his solution. Illustrations complement and extend the story. Rich backmatter about urban beekeeping and rooftop gardening. (Level P)
Green Earth Award Book 2018 Short List 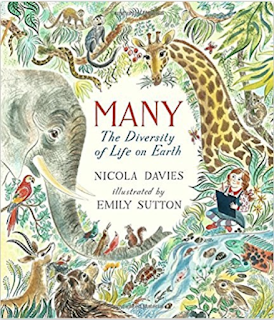 Davies, Nicola. (2017). Many: The Diversity of Life on Earth. Illustrated by Emily Sutton. Somerville, MA: Candlewick Press.
What might happen if instead of having millions of species we had just one? This picture book answers that question.


Drummond, Allan. (2017). Pedal Power: How One Community Became the Bicycle Capital of the World. New York: Farrar Straus Giroux
As he did in Energy Island for Danish island of Samsø, Drummond this time tells about the use of bicycles in the city of Amsterdam where people protested unsafe streets for bike riding and in doing so helped to create a safe biking well beyond the borders of that city.
Green Earth Award Book 2018 Short List 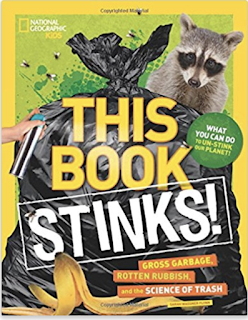 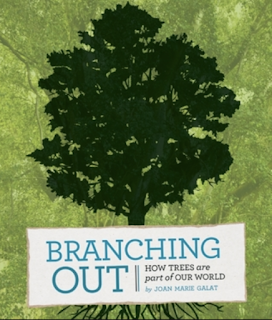 Galat, Joan Marie. (2018). Branching Out: How Trees are Part of Our World. Illustrated by Wendy Ding. Toronto, ON: OwlKids.
In this 64 page informational text, 11 different trees are explored. detailed. Great for grade 5 and higher. 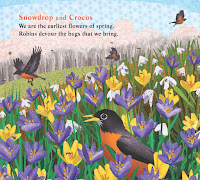 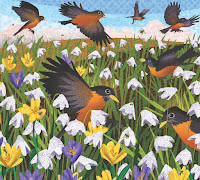 Garland, Michael. (2018). A Season of Flowers. Thomaston, ME: Tilbury House Publishers.
I have long loved Michael Garland's paintings.  This books follows the order that plants arrive from early spring to winter. The illustrations are rich. (Level L) 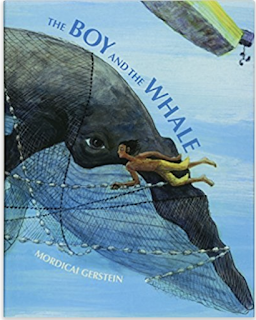 Gerstein, Mordicai. (2017). The Boy and The Whale. New York: Roaring Brook Press.
Fictional story about a boy and his father who discover a whale tangled in their fishing net. Competing concerns  (livelihood and whale's life) creates tension in this picture book. Paintings are outstanding.
Green Earth Award Book 2018 Short List

Gladstone, James. (2017). When Planet Earth Was New. Illustrated by Katherine Diemert. Toronto, ON: OwlKids.
A visual and informational treat perfect for primary learners about how earth formed. Dioemert's paintings are lush and detailed. (540L) 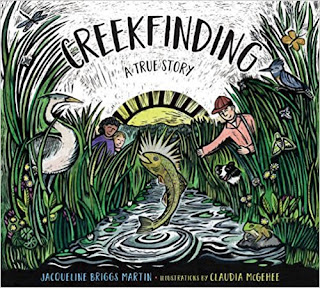 Martin, Jacqueline Briggs. (2017). Creekfinding: A True Story. Illustrated by Claudia McGehee. (University of Minnesota Press)
Briggs tells the the story of the restoration of an ecosystem in northeast Iowa. Detailed text and illustrations.
Green Earth Award Book 2018 for Picture Book. 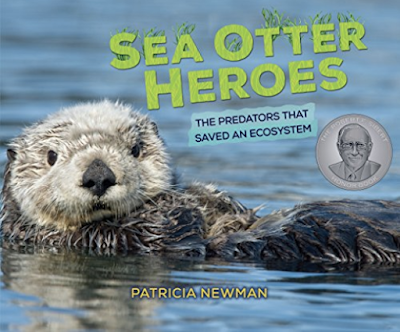 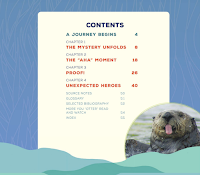 Newman, Patricia. (2017). Sea Otter Heroes: The Predators that Saves an Ecosystem. Millbrook Press. 56 pp.
Newman reports on a California inlet where seagrass grew in abundance even though there was algae. Why? Turns out the answer was sea otters. Based on Brent Hughes's research,. 56 pp.
Green Earth Award Book 2018 for Children's Nonfiction


Pierce, Terry. (2017). My Busy Green Garden. Illustrated by Carol Schwartz. Thomaston, ME: Tilbury House Publishers.
What makes a garden bloom? This lyrical tribute to bees and birds and other living things that make a garden a garden.  Illustrations are detailed as one would expect from Carol Schwartz. Ever since I first saw Thinking about Ants. I have been a fan of Schwartz's art. 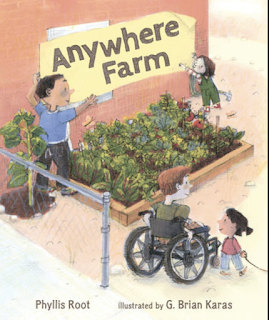 
Schmalzer, Sigrid. (2018). Moth and Wasp, Soil and Ocean: Remembering Chinese Scientist Pu Zhelong's Work for Sustainable Farming. Illustrated by Melanie Linden Chan. Thomaston, ME: Tilbury House Publishers.
Fictionalized account of Pu Zhelong who taught peasants in Mao's China to grow food without reliance on pesticides during the 1960s and 1970s. He taught the peasants to use parasitic wasps to combat the moths that were destroying crops. An important person for children to know. The illustrations are rich and created through watercolor.


Teckentruop, Britta. (2018). Look at the Weather. Toronto, ON: OwlKids.
This 150 page text is divided into four sections: Sun, Rain, Ice and Snow, and Extreme Weather. Each section is illustrated with paintings by Tchentroup. Originally printed in Germany, this is a lovely and meditative book for primary and intermediate learners. (800L) My favorite of this group.


Thornhill, Jan. (2018). The Triumphant Tale of the House Sparrow. Toronto, ON: Groundwood Books.
I can't say enough good about this narrative informational book about the house sparrow. Deeply interesting, amazing artwork, and accurate. The history of the common house sparrow will hold all learners' interest. 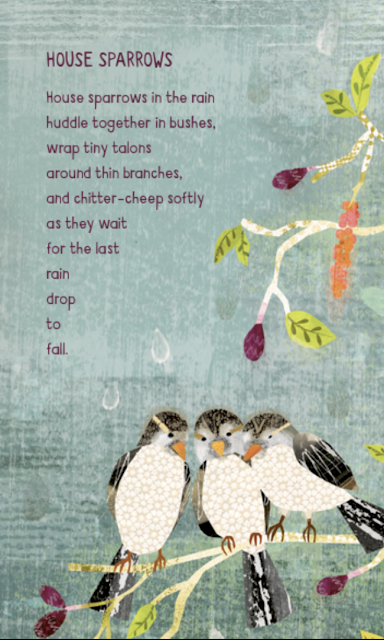