Today is Non-Fiction Picture Book Sharing, #nf10for10, hosted by Cathy Mere, Reflect and Refine: Building A Learning Community and Mandy Robek, Enjoy and Embrace Learning. Below find ten nonfiction picture books I can't live without. These brought me comfort in a year where comfort was most needed. Amazing art work throughout each and informative as well.

In this text with amazing signature styled collages Jeannie Baker is know for, we learn about the extraordinary journey of the godwit who flies annually from the Arctic to Australia and New Zealand.

I purchase every book Baker creates and I am never disappointed. 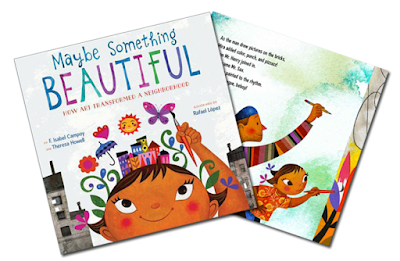 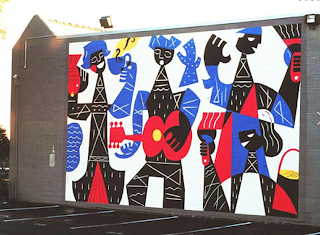 This is the true story of a neighborhood that was transformed by the work of muralist, Rafael López. The telling is narrative. I would pair this with images and information from the actual internet site of the artist that explains the project.

This is the second in a series of books about endangered animals.  The first, The Blue Whale, caught my eye, as did Polar Bear.

Desmond's mixed media art work does justice in conveying the size, might, and beauty of the polar bear while her words lets us know why this animal is endangered. 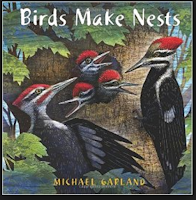 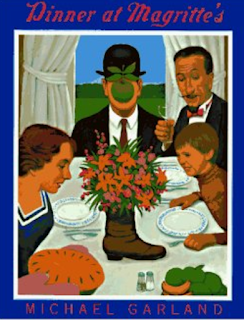 Ever since I first read Michael Garland's Dinner at Magritte's to Devon when he was just a small boy, I have enjoyed Garland's books. His attention to detail, coupled with his digital artwork always makes for fine books to read and view.  Birds Make Nest is an example of a simple, yet detailed, informational text worth reading and viewing. For me this would be a staple in every primary classrooms.

This picture book biography about Supreme Court Justice, Ruth Bader Ginsburg just seems to gain such importance given the recent election in the United States that ushered in Donald Trump and his coterie of advisors.  Understanding the power of dissent feels so critical.

Perhaps my favorite text of the group. Ruurs retells the journey of one refugee family fleeing for their lives from Syria to Europe. A stirring account. What makes this book so special, beyond the story, is the artwork.

Nizar Ali Badr, a Syrian artist from the port city of Latakia, arranges stones to convey the journey. I could study the images he makes for years.

The text is bilingual (English and Arabic).

An informational text like so many of Lola Schaefer's books, uses simple and clearly written text to convey complicated scientific matters. In this text, Schaefer demonstrates causal relationships in nature. Children love her books.

Such a difficult story to tell, given the hard life Basquiat lived, and Steptoe does so deftly and beautifully.

I read and reread this one.
The art extends, not merely mimics, Basquait's style. Bravo.

Mother and son work together to create a retelling of the Manhattan Project--the making of the first atomic bomb. The written text is unadorned and straight forward. Jeannette Winter's illustrations extend meaning, such as the panel that shows us one artist who is also out in the desert, but making art not bombs (Georgia O'Keeffe).


A dozen picture books I am anticipating...ordered by release date. (Note: these books are fiction and nonfiction)