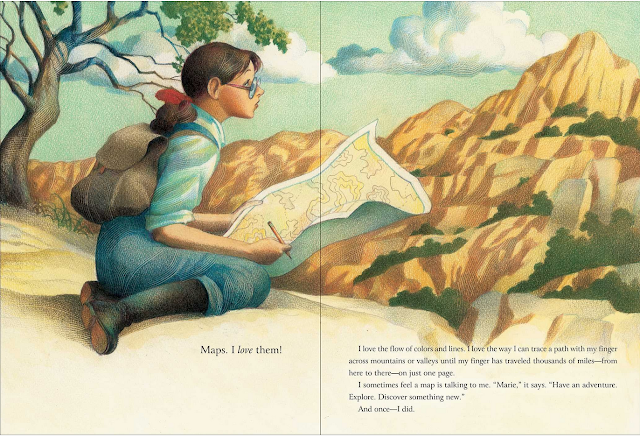 Burleigh, Robert. (2016). Solving the Puzzle Under the Sea: Marie Tharp Maps the Ocean Floor. Illustrated by Raúl Colón. New York: Simon & Schuster/Paula Wiseman Books.
I have enjoyed many other books that Burleigh and Colón created.  The two bring us a picture book biography is of Marie Tharp who is credited with mapping the Atlantic Ocean floor. This title will be released 1.12.16.

McCully, Emily Arnold. (2016). Marvelous Mattie: How Margaret E. Knight Became an Inventor. New York: Square Fish.
Originally released in 2006, this biography of inventor Mattie Knight, dubbed The Lady Edison, is being reissued in paperback format. This title will be released in paperback on 1.19.16.

Van Vleet, Carmella  and Dr. Kathy Sullivan. (2016). To the Stars! The First American Woman to Walk in Space.  Illustrated by Nicole Wong. Watertown, MA: Charlesbridge. (40 pp.)
A picture book biography of Kathy Sullivan, a NASA astronaut. This title will be released 1.6.16.